Hypoglycemia is the most serious acute complication of insulin-treated diabetes, and repeated exposure may have serious long-term effects on health. The most important reason for increased incidence of hypoglycemia in diabetes is the gradual decrease of counterregulatory hormone responses to hypoglycemic stimulation. In addition, chronic hyperglycemia induces adaptations in hepatic glucose production and muscle glucose uptake. The defect in counterregulation is augmented when repeated episodes of hypoglycemia (antecedent hypoglycemia) are experienced. We are exploring the mechanisms by which counterregulation, glucose production and glucose utilization is altered in diabetes and following antecedent hypoglycemia. In brain or hypophysis we are studying in situ expression of stress hormones (corticotrophin-releasing hormone and pro-opiomelanocortin) and receptors for glucocorticoids and mineralocorticoids. In pancreas we study the expression of proglucagon and prosomatostatin, and glucagon and somatostatin concentration. Non-steady state glucose turnover is used to study the final responses (glucose production and utilization). In blood we study the responses of insulin, all counterregulatory hormones, glucose and selected substrates. We have a patent to prevent hypoglycemia in type 1 diabetes by using somatostatin receptor antagonists.

A summary of my research over the last 50 years was published by the American Journal of Physiology: Endocrinology Metabolism and can be found in Vranic M. Odyssey between Scylla and Charybdis through storms of carbohydrate metabolism and diabetes: a career retrospective. Am J Physiol Endocrinol Metab , 299: E849-E867, 2010.

Symposium to Honour Mladen Vranic for a Lifetime of Scientific Achievements and Mentoring, Toronto, Canada (2010); Canadian Diabetes Association Inaugural Life-Time Achievement Award for leadership in diabetes research and contribution to the Canadian diabetes community (2007); Honourary keynote speaker on Endocrinology and Diabetes; The Society of Chinese Bioscientists of North America (2006); Albert Renold Award of the American Diabetes Association for a distinguished career in the training of diabetes research scientists and facilitation of research (the only Canadian to receive this award) (2005); Solomon A. Berson Distinguished Lectureship of American Physiological Society - Endocrinology and Metabolism Section, FASEB, Atlanta (the first Canadian to receive this award) (1995); Mizuno Inaugural Lectureship and Award, Fourth International Symposium on Exercise and Diabetes - Osaka University, Japan (1992); Banting Medal and Lectureship for Distinguished Scientific Achievement (American Diabetes Association) (the only Canadian working in Canada in the last 50 years to receive this award) (1991); Inaugural Banting and Best Memorial Lecture and the Canadian Diabetes Association Award (1985); Canada Council Killam Scholar (1988, 1989). 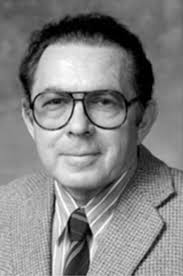 Within the Department of Physiology:
Herbert Gaisano (Dept of Medicine and Physiology)

Outside the Department of Physiology:
Michael Riddell (Kinesiology, York University)