MESSAGE FROM THE CHAIR 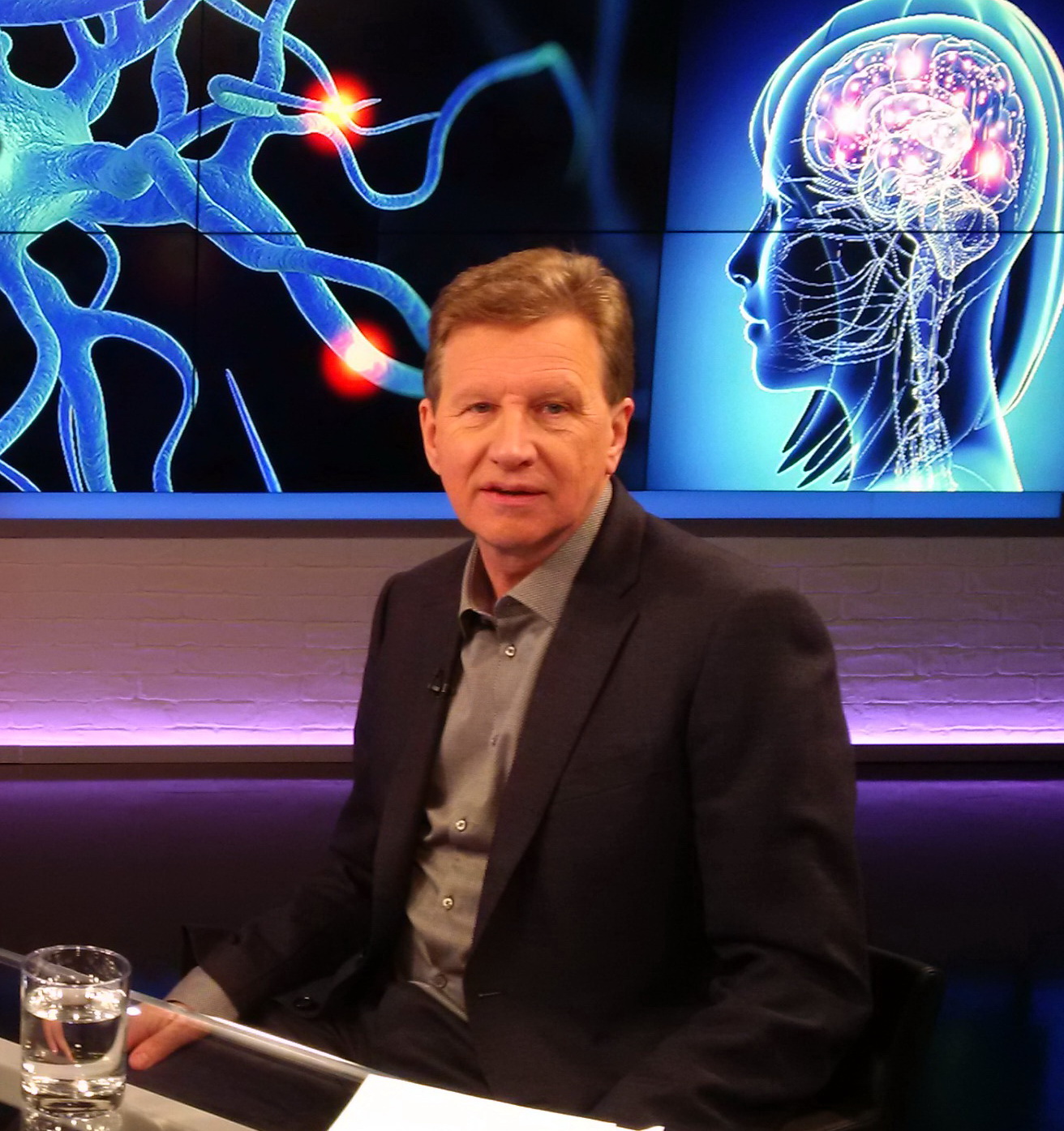 After a long career, many of us look forward to a gentle retirement.  Others look for ways to remain active and academically stimulated.   Our own Harold Atwood is one of the founding fathers of Senior College, a social community of retired faculty at U of T whose mission is to support the continuing scholarly, professional and creative activities of retirees. Keep reading to learn more about Senior College and its many successes.

Message from the Chair and Vice-Chairs of the Department,

All Graduate Trainees are strongly encouraged to attend Dr. Lee’s seminar on March 9th as part of their professional development.  Please make every effort to attend! 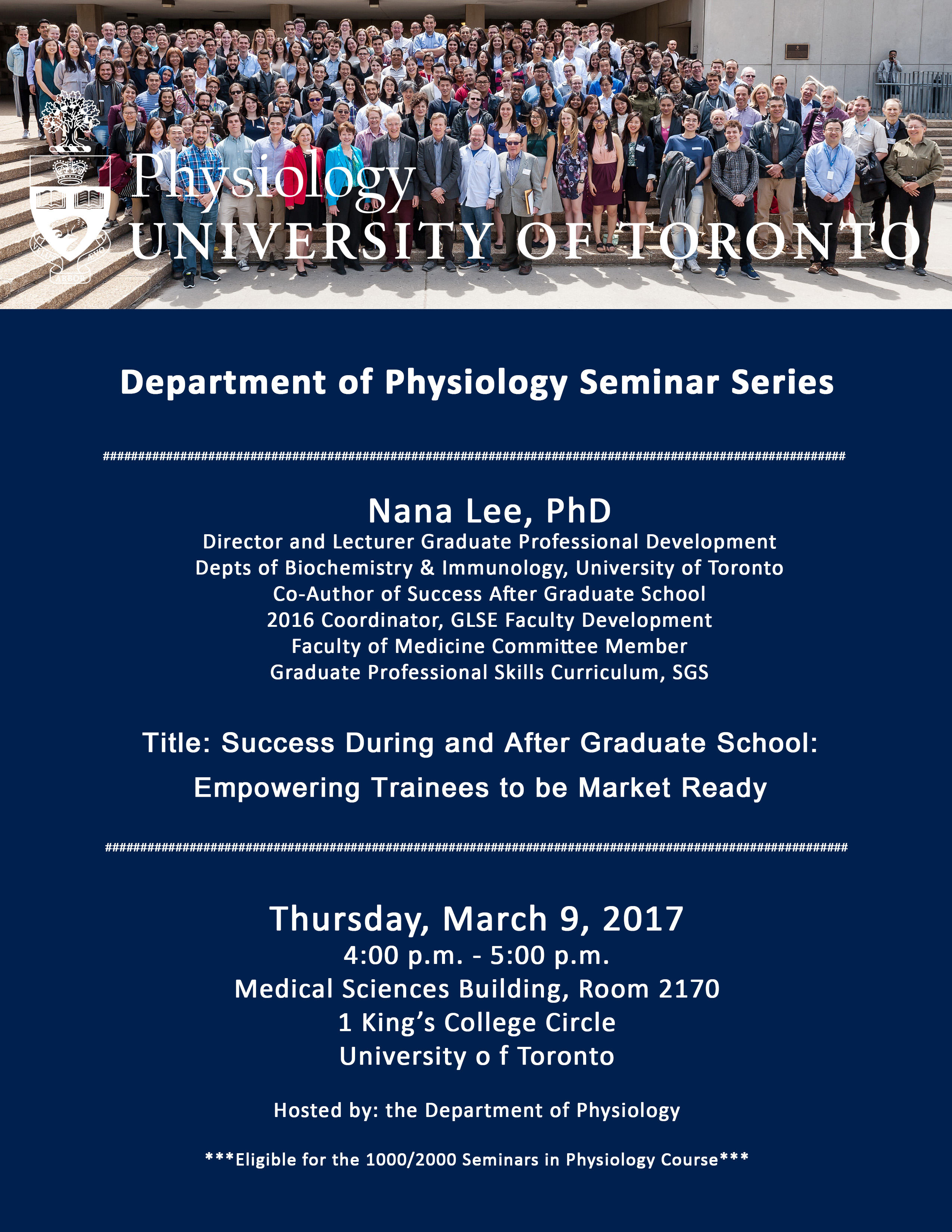 GASP had a very successful (and fun!) February and we have many events planned for March.  Please join us. 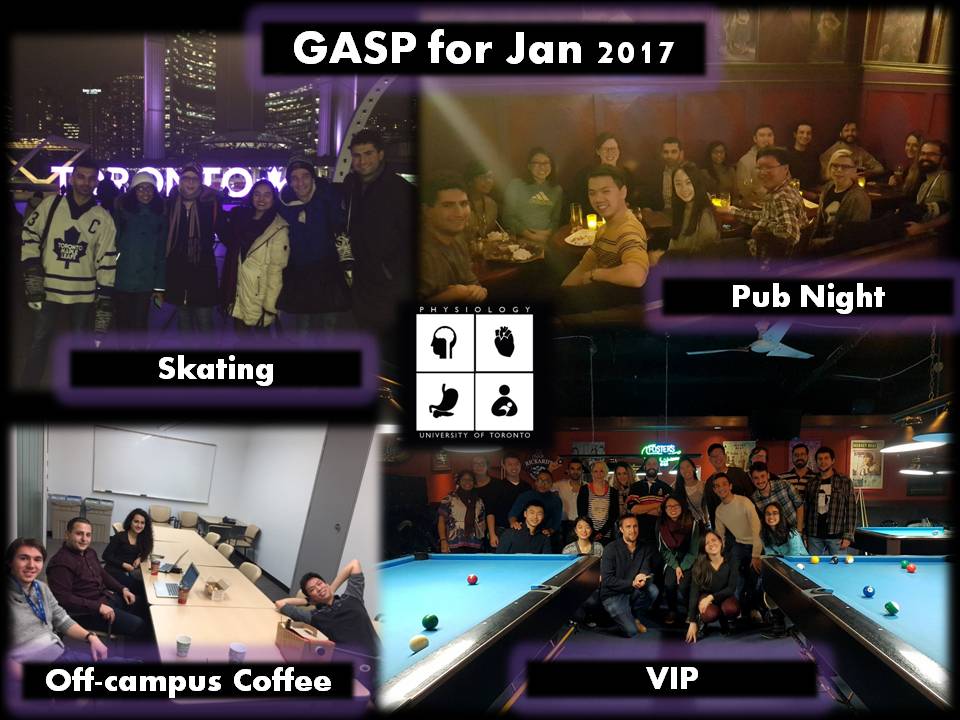 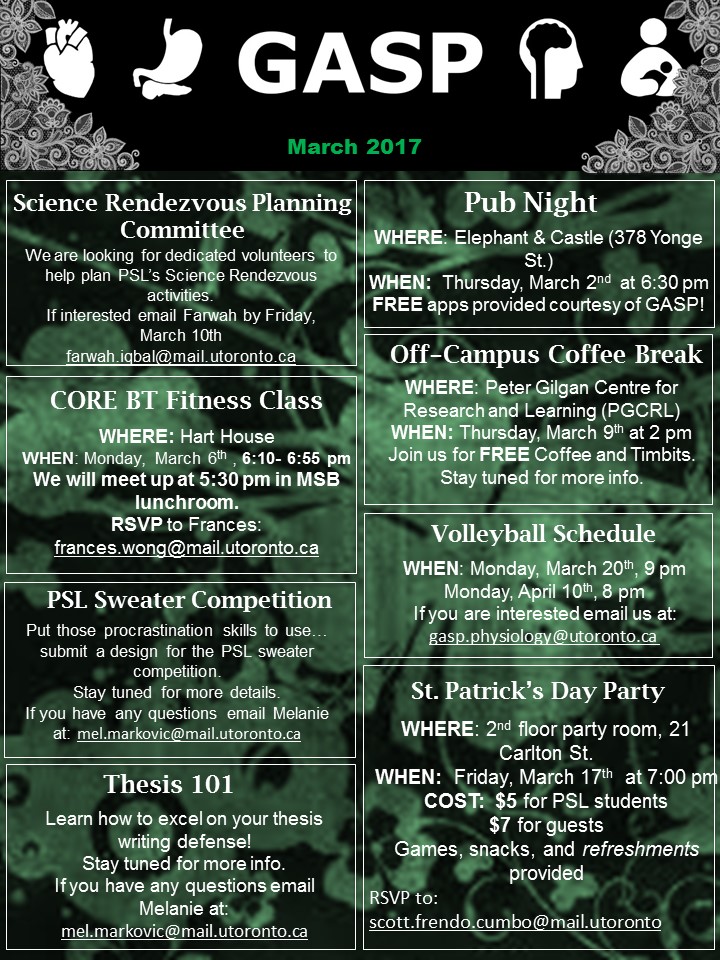 SENIOR COLLEGE AT THE UNIVERSITY OF TORONTO:  Links to Physiology

Retiring faculty members at the University of Toronto may follow several pathways after their era of full-time research and teaching draws to a close. Until 2005, retirement at age 65 was mandatory at the University of Toronto, and many faculty members still step down at this age.  Some retirees have elected to leave the University environment altogether, taking up another career elsewhere, or relaxing in a retirement location which may take various forms. Others wish to remain actively engaged with the world of ideas, continue writing and research on a limited scale, and retain a connection with the University. Several initiatives to promote the interests of the latter group have been tried, and of these, Senior College has emerged as the most successful. In Fall 2016, a Globe and Mail survey of the 100 best organizations in Canada included the University of Toronto, and the reason given for its inclusion was the promotion of services and well-being of retirees as exemplified by Senior College.

A small group of retired faculty at the University of Toronto, led by Peter Russell (Political Science), founded Senior College in 2009. Founding members include Harold Atwood (Physiology) and John Dirks (Medicine, and former Dean of the Faculty of Medicine).  The mission of Senior College is to support the continuing scholarly, professional and creative activities of retirees. As the College developed and expanded, another important function became apparent: provision of a stimulating social environment, with mutual support among its members. Recently, Senior College has taken over the functions of previous groups, including RALUT (Retired Academics and Librarians, University of Toronto), and the responsibility for services to academic retirees provided by the Academic Retiree Centre (now the Senior College Centre). As a result of an agreement with the University of Toronto in 2015, all University of Toronto faculty and librarians are Members of Senior College, and can attend its seminars and meetings at no cost. Members who wish to play an active role in the College’s academic activities and have full access to its programs can become Fellows of the College by paying an annual fee which includes membership in the Faculty Club, where the weekly seminar meetings and lunches, and some other events, are held. Fellowship in the College, as External Fellows, is also open to retirees from other universities, colleges, and knowledge-based institutions, as well as to spouses of Fellows.

The College’s membership is drawn from all corners of the University, and this multidisciplinary environment encourages all to explore areas of knowledge outside the boundaries of their own disciplines. The weekly seminar and lunch meetings feature a wide range of topics. The annual Symposium brings in prominent scholars to address a selected area of general interest. Thus, the Twelfth Annual Symposium will take place on April 6, 2017, at the Faculty Club, under the title: “The New Technological Age: Good, Bad, or Just Different?” In addition to its academic programs (which can be surveyed on the College’s website: www.seniorcollege.utoronto.ca), Senior College maintains the Senior College Centre at 256 McCaul Street. Here, small meetings, colloquia, and exhibitions take place, and some services for retirees are provided. Also worth noting, foreign travel adventures have been successfully organized: recent examples include Iceland and Haida Gwai. The accompanying illustration, taken during the excursion to Iceland in 2013, shows Senior College members trying their hands at cod-fishing from the deck of a whale-watching boat. (The resulting catch was donated locally, as facilities for gourmet cooking were hard to come by).

Retirees from Physiology are well represented at Senior College: Harold Atwood is a Vice-Principal; Milton Charlton and Jonathan Dostrovsky contribute to the organization; Mladen Vranic, Jack Kraicer, Peter and Helena Hallett, and Ken Norwich attend some of the seminars and other events. Also, several members of the Department of Physiology have presented talks at Senior College over the years: Mladen Vranic, Harold Atwood, Peter Hallett, Milton Charlton, Richard Horner — with others scheduled for the near future.

We want to hear about the great things happening in Physiology.
Please share your accomplishments, awards...
Send news items to the Chair’s Office c/o e.katsoulakos@utoronto.ca