Introduction to the Undergraduate Program

Physiology is the study of living matter in action, i.e. the study of organ system function by physical or chemical means. It is an integrating discipline dealing with controls, compensations and interrelationships. Interaction with the environment is always a major factor. Physiology serves as a bridge between cellular biology and control theory and systems analysis. In this respect it resembles Engineering with which it shares a foundation in physics and chemistry

Physiology provides a necessary background preparation for graduate work in Physiology and related areas; for the study of Pharmacology; for the teaching of Biological Science in secondary schools; or for subsequent training in Medicine, Dentistry, Pharmacy, Nursing, and the Health Sciences in general. Physiologists are needed in hospitals and schools of medicine as teachers and research personnel, as well as in research institutes and government laboratories. Other outlets would be agriculture and veterinary schools, in military research establishments and in pharmaceutical industries. The development of air and space travel, the exploration of the continental shelf, the development of northern regions, an increased emphasis on exercise and fitness, all provide problems and research opportunities for the person trained in Physiology.

At the research level, Physiology covers a variety of specialties each with very different technical and analytical methods. There are eight major areas: Cardiovascular & Renal, Membrane Physiology, Metabolism, Regulatory Peptides, Reproduction/Development, Respiratory Physiology, Sensory-Motor Physiology, and Theoretical Physiology. Skill in other basic sciences is an advantage and the undergraduate student who intends to specialize in Physiology will find it desirable to supplement the program by an appropriate selection of courses from Biochemistry, Chemistry, Computer Science, Mathematics, Physics, Statistics, Zoology.

Physiology for Interest Only

PSL201Y1: This course is intended to be a terminal course. A PSL 201Y credit does not count towards the PSL Specialist Programs, and excludes enrolment in (PSL300H1, PSL301H1). Students who wish to subsequently enroll in 400 level PSL courses should take (PSL300H1, PSL301H1), NOT PSL201Y. 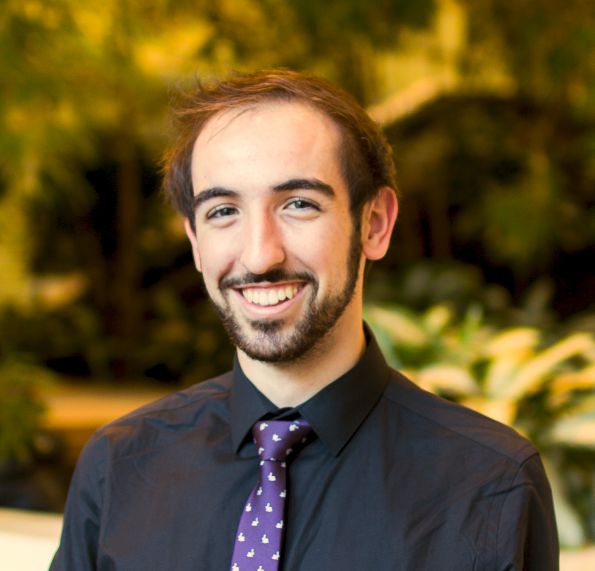 Entering the third year of his undergrad, Michael joined the lab of Dr. Beverley Orser. Here, he studied the effect of traumatic brain injury on the expression of a GABAA receptor subunit, hoping to identify a mechanism for the cognitive deficits commonly associated with this injury. Michael went on to share his work at a presentation competition for the Hurvitz Brain Sciences Summer Program, and was ranked 2nd overall. He then joined the lab of Dr. Mansoor Husain, where he shifted his focus to the cardiovascular system. Using mouse models for hypertension, diabetes, and obesity, Michael worked to identify biomarkers that are detectable while these risk factors are still developing, with the goal of improving prevention of cardiovascular disease.

To help manage a work-life balance, Michael also engages in a number of extracurricular activities and hobbies. For the past three years, he has been an executive member of the Human Biology Students’ Union, where he organized and participated in events focused on student mentorship. He is now a member of the Graduate Association for Physiology Students, where he hopes to continue promoting student involvement and mentorship. Michael also enjoys spending his time rock climbing, as well as writing and performing music with his band.

Michael is currently working towards an MSc in Physiology as a member of Dr. Scott Heximer’s lab, studying fibroblast heterogeneity in the heart, and how this can be used to optimize treatments for cardiac fibrosis. In the future, he hopes to translate his knowledge to a clinical setting with a medical degree, while maintaining his involvement in research.